What can you do at the start of a new term in a ‘furniture-less’ classroom?

This was a recent dilemma faced by the Poihipi teachers and students.

As Team Poihipi eagerly waited for the ‘green light’ to relocate into their brand-new collaborative teaching space, the students and teachers spent the first few days of the term in their old classroom… minus the furniture!

This challenge provided the perfect opportunity (and space) for the teachers to engage the students in purposeful STEAM activities.

STEAM is an educational approach to learning that uses Science, Technology, Engineering, the Arts and Mathematics to develop students’ creative thinking and problem-solving skills through hands-on, collaborative learning activities. It is one of the many ways to provide students with the skills and knowledge they need to be successful in the 21st Century.

The Room 15 students were certainly excited and keen to give my STEAM challenges a go.

The first challenge involved the students working in small groups to make a wearable shoe using only newspaper, sellotape and scissors. It was interesting to observe how the different groups approached the activity.  Some adopted a more considered approach and carefully traced around an existing shoe as a starting point.

Preston: I liked drawing around my foot. 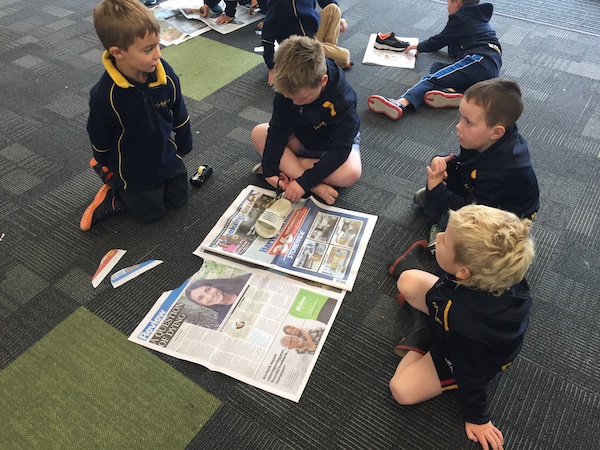 Riley: It was hard to trace and cut around my shoe.

Other groups immediately began ripping, scrunching and taping newspaper around a foot to cobble together what resembled a shoe. 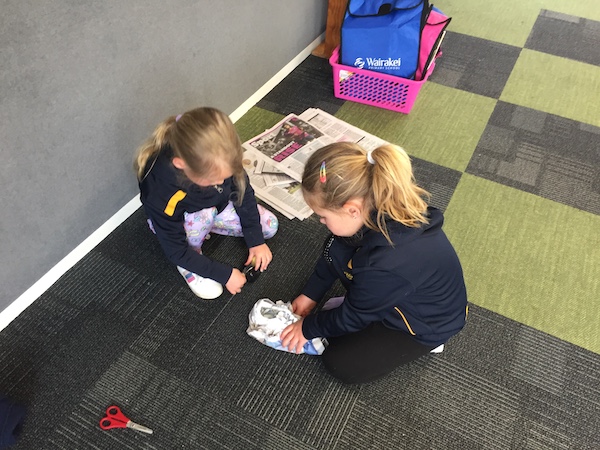 Lucian: It was tricky making a shoe out of newspaper because it kept breaking.

Both techniques eventually achieved the desired result and some unique and varied shoes were created. 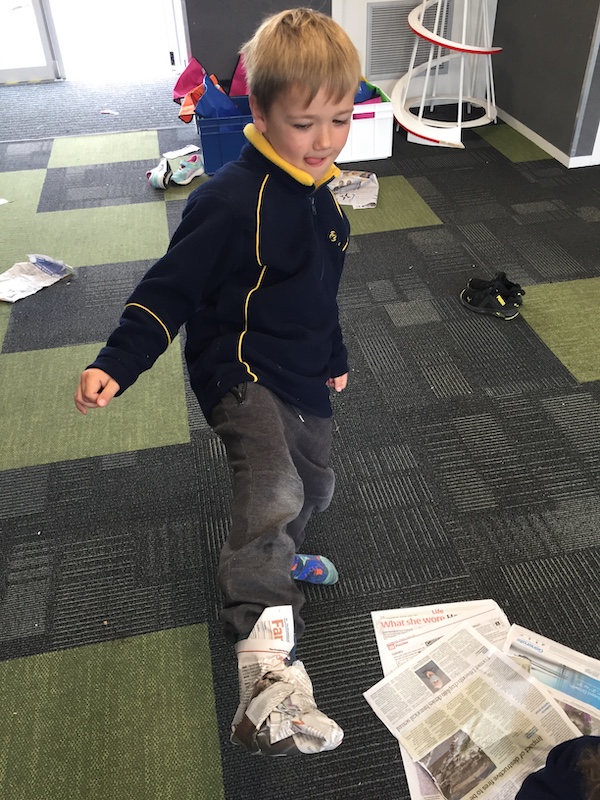 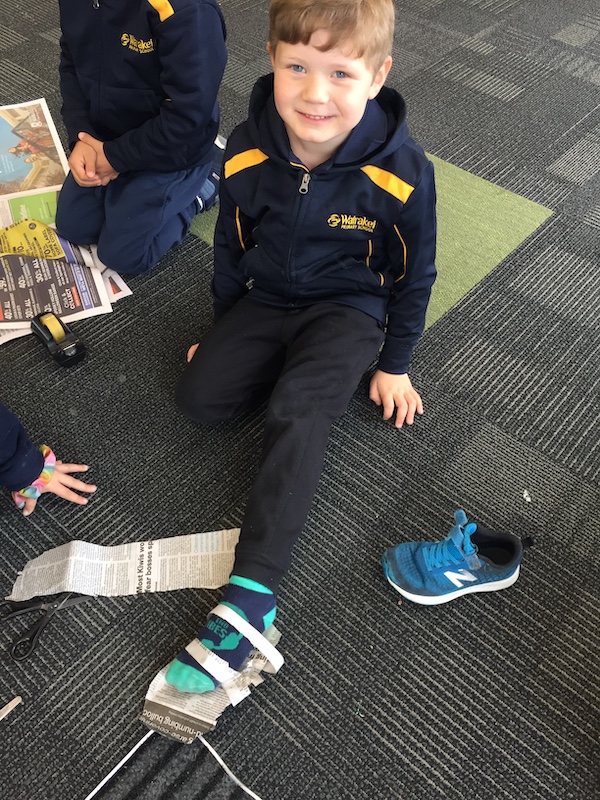 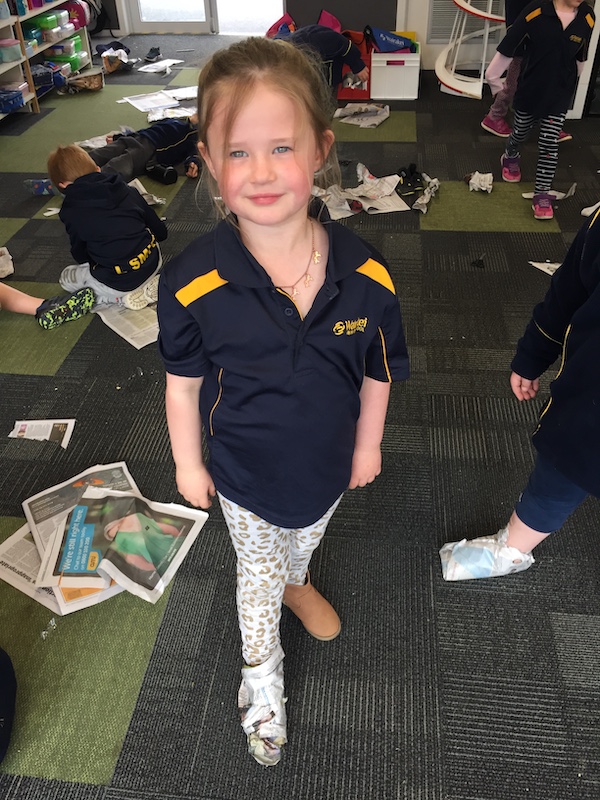 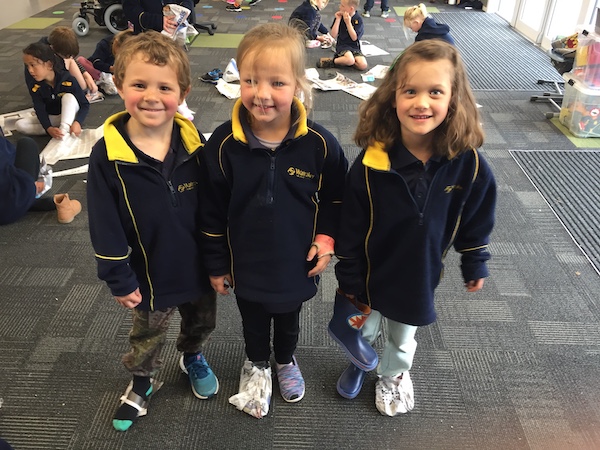 The second challenge involved students working in small groups to make the tallest, freestanding tower out of 20 cups. 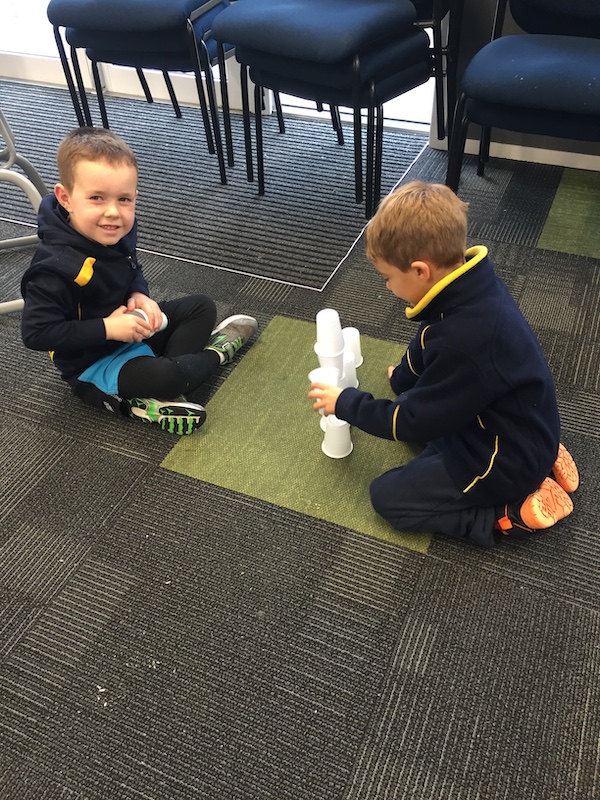 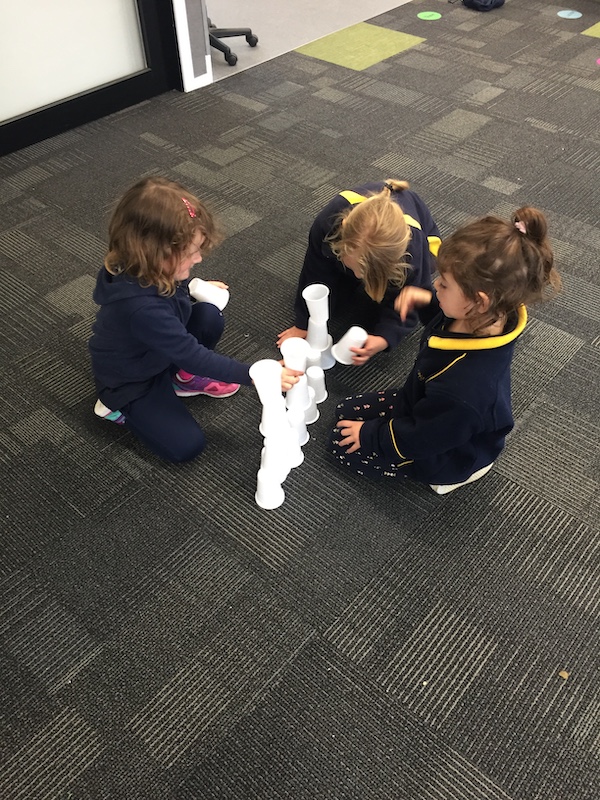 There was lots of debate and negotiation during this activity and also lots of disappointment when the towers continued to collapse. One group had to remake their tower five times.

Brooklyn: Our tower kept on falling down!

Ben: The hardest part was that everyone in my group wanted to do different things. 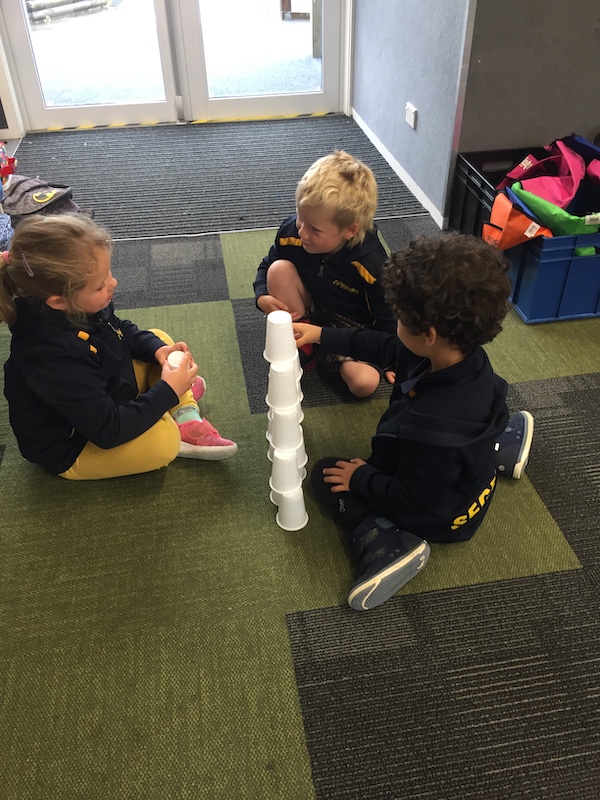 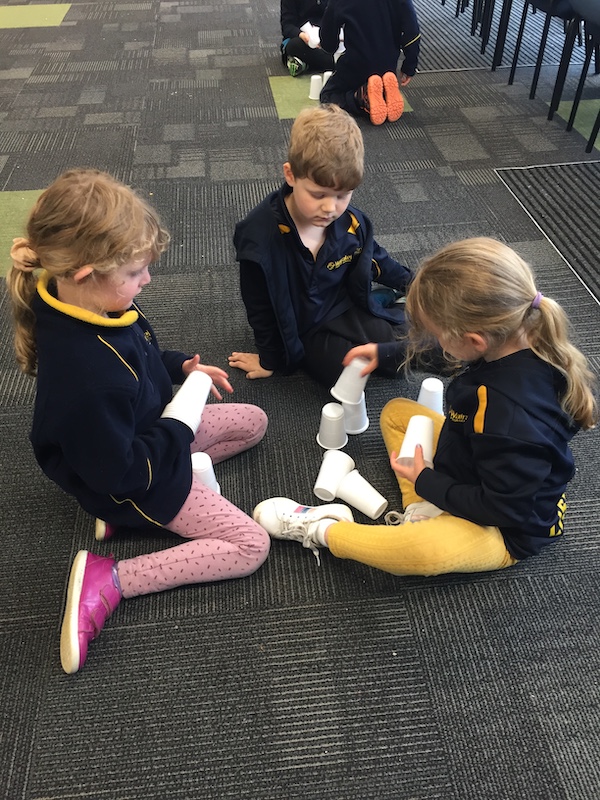 Towards the end, the students took ownership over the challenge and collaboratively decided to make one, huge freestanding tower using all, (or as many) of the cups as they could without the tower collapsing.  This proved to be more problematic than they initially thought as the students realised they were unable to use all of the cups in their tower.

Segev: The cups kept on breaking.

Mason: It was really hard to stack all off the cups, but it was still fun.

Despite this minor setback, it was agreed that fun was had by all! 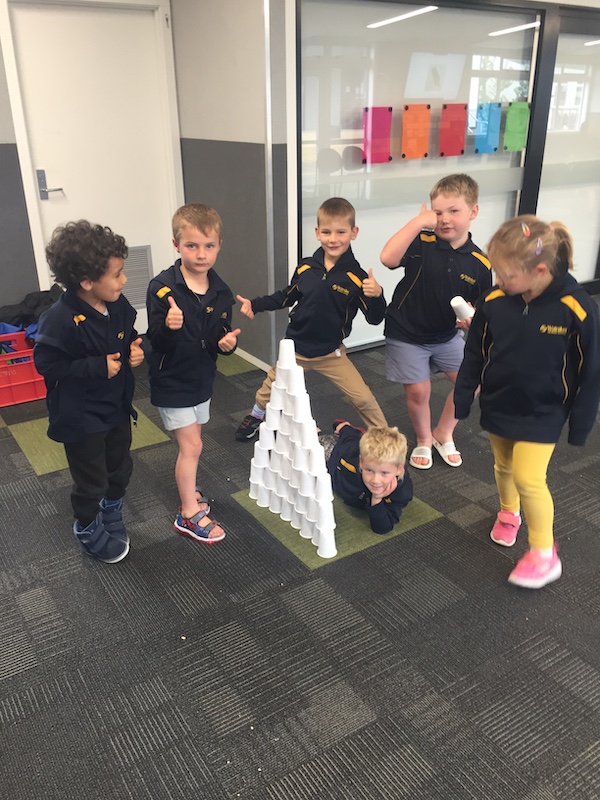 So what skills and lessons did the students learn?

The STEAM experiences provided the students with valuable opportunities to bond with each other and to re-establish themselves as a cohesive group after the term break.

Both challenges encouraged the students to continue developing important skills like listening to and cooperating with others.  The students had to focus on managing themselves in small and large groups, taking turns and negotiating other points of view.  They needed to draw on dispositions such as resilience and perseverance when things did not go to plan the first time, and in order to eventually succeed in the challenges, they had to accept initial failures and have the courage to keep trying.